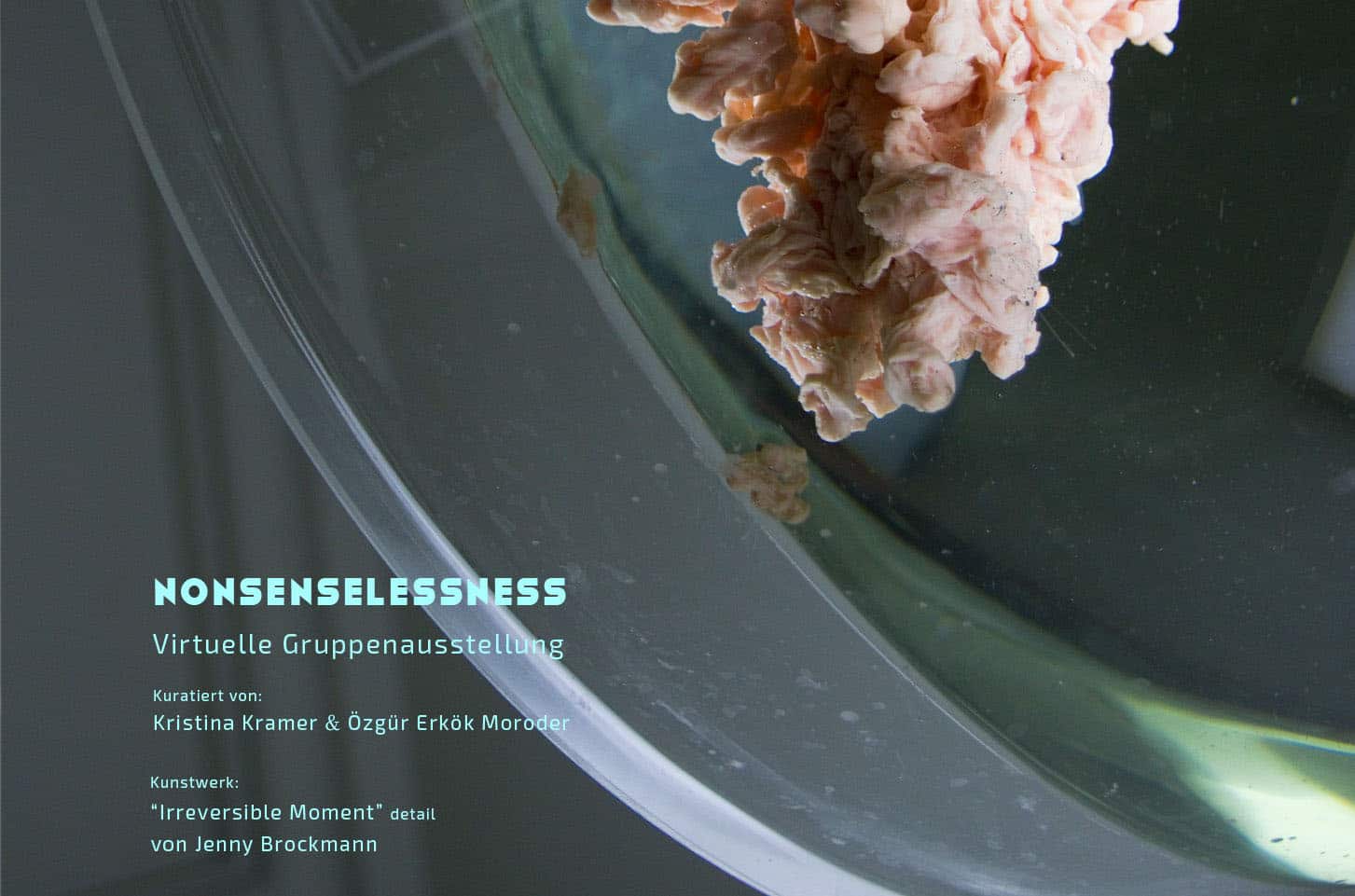 Nonsenselessness … is an optimist threat

The question of the meaning of human life on Earth and in the universe itself has been posed to humans since the beginning of our history. And this question has never stopped being asked. In a way, the universe owes us an answer over and over again, with every day and every look at the world around us, at the never-ending wars, the destruction of animal habitats, the ongoing and newly emerging crises – the human condition, the full package.

The search for answers has produced a lot of sense and nonsense, founded religions, created philosophy, art, filled Wikipedia entries and spread speculation.

The title of the exhibition, Nonsenselessness, points to the attempt to define „meaning“ through its absence. The double negation of this neologism can be understood as an affirmation of the negative or even as a special affirmation. This raises the question if nonsense exists at all, and if so, can it do so objectively? If so, how? And is it a cross-cultural concept that has actually always existed, or is the polarity sense vs. nonsense a more recent development?

Nonsenselessness … is a conspiracy theory

Following Dadaism, the revolutionary Surrealists, Situationists and Fluxus practices, artists who questioned, destroyed and rebuilt meaning, significance and rationality, we ask: What roles do sense and nonsense play in our lives? What is the relationship between nonsense in the meaning of „making no sense“ and nonsense in the sense of „absurdity“?

Nonsenselessness … is a moment of awareness.

„Colorless green ideas sleep furiously“ – this now iconic, syntactically grammatically correct but semantically meaningless sentence served Noam Chomsky in his book Syntactic Structures (1957) as an example of the fine line between sense and nonsense. Structurally logical, yes, but the content is nonsense… But one could perhaps also assume that Chomsky was simply not imaginative enough to place this sentence in the context in which it makes sense.

Other probably „meaningless“ utterances are those that make sense, are grammatically correct, but have no relation to the present state of the world. How is nonsense influenced by categories like useful/unuseful, serious/non-serious, true/false?

In this exhibition, which in the wake of the great pandemic has shifted from the physically and materially tangible to the digitally ephemeral, we focus on significant moments of acceleration, situations, existences, identities that we create, that we encounter and/or that we are confronted with in everyday life that push boundaries or trigger transformations. The „senselessness“ of the momentary, everyday arbitrariness with open endings became part of the process of creating this website, which attempts to transfer the relationship between the artistic works to one another as well the architectural environment into a digital space.

Nonsenselessness confronts us with our understanding of „normality“ and creates a „what-if“ scenario about the end of our system of meaning as we know it.

… is an error that makes you feel alive.