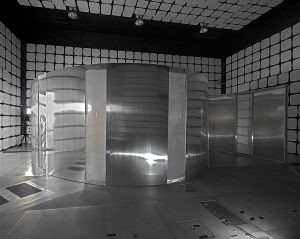 Nature of Knowledge –
The Uncertain Structure

Nature of Knowledge –
The Uncertain Structure

The consequences of climate change depend on the quantity of greenhouse gases we release into the atmosphere, triggered by increasing temperatures, and humanity’s response to its knowledge of these consequences. All of these factors are uncertain. The amount of greenhouse gases still being released depends, among other things, on human behavior, technological developments, and population growth. Uncertainty about the resulting temperature grows as a result of many types of feedback from the climate system. Some consequences of these increasing temperatures are predictable, but surprises are virtually guaranteed. This is especially true given the uncertain conditions, and their complex relationships with humanity’s other environmental impacts, as well as humankind’s generally unpredictable strategies for adapting to climate change.

Generated by a real-time experiment at the JRC, “Nature of Knowledge – the Uncertain Structure” transfers data dealing with the consequences of climate change into a spatial installation in the shape of a spiral at VELA9 (JRC, Ispra, Italy) and BOZAR (Brussels, Belgium). The art historian and historian of science Hans-Jörg-Rheinberger writes in his Essay ”The Aura of the Spiral” that although we find the formal principle of the spiral as a natural form, above all in organic structures, the aesthetic interest in it has always been culturally shaped and as such has undergone manifold figuration in human history. The oldest spiral form known to us is found in Neolithic pottery; the spiral form provided mathematical basis for the calculation by the Hellenistic mathematician Archimedes, and Leonardo da Vinci and Johann Wolfgang von Goethe were inspired by the spiral in their work in literature, art and science. Today the form of the spiral offers an important reference in the arts as well as in the sciences.

A structure corresponding to the test structure at the ELSA lab of the JRC is built at a remote location and put under increasing stress throughout the duration of the exhibition. This structure becomes more and more strained under the deforming pressure of mechanic devices used at ELSA that simulate geological movements and states of the atmosphere. Eventually, the structure will be permanently disfigured. The spiral-shaped installation is connected in real time to the data of the experiment, and transforms in time according to these data created by the smart energy of the deforming structure, relating with the materiality of glass to the transparency needed for the implementation of a smart society as researched by SGIlab. Accidental and deliberate factors like visitors’ paths through the space or physical data like temperature and pressure lead to the creation of certain variables in the experiment. These add a random element to the overall uncertainty of the project, while creating an integrated form of communication: opening a social channel of interaction between the observers and the element being tested and references people’s mixed opinions on the rate of climate change.

This uncertainty provides a contrast to the expected trajectory of the experiment. Influenced by previous data, experiments, or models, expectations arise regarding the duration of the experiment and the moment when the structure becomes irreversibly transformed. The life expectancy of the experiment is updated continuously, according to new knowledge. This enhances the dichotomy between what we know about the ongoing phenomena, and the anticipation of what might happen, while affecting our „memory“: our understanding of what has happened up until that moment.