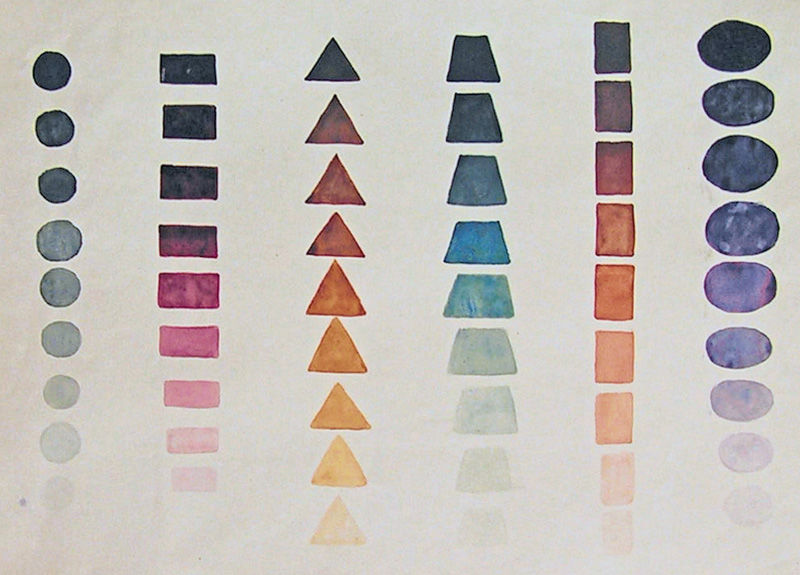 In this production, visual artist Jenny Brockmann focuses on Gertrud Grunow, who was the first and only female Bauhaus master teaching «Harmonization Theory» at the Bauhaus from 1920 to 1924.

Sounds, colors and movement form the basis of Gertrud Grunow’s theory, which she taught at the Bauhaus from 1920 to 1924. Her aim was to use all of one’s senses equally and harmoniously. The class was quite popular among students and instructors alike, making Gertrud Grunow the first and only female Bauhaus master to significantly shape the Bauhaus curriculum and influence the artists working there. Later, she found herself amidst of the political controversy that ultimately led to the closure of the Bauhaus in Weimar. In this production by Jenny Brockmann, Gertrud Grunow’s teaching methods serve as the starting point for a multipart work which begins with a series of interviews in 2018 and will conclude with an exhibition at the Kunstfest 2019.

Brockmann applies multimedia methods and employs unusual materials in her artworks, including installations, sculptures, drawings, film, and photography. She studied Architecture, Philosophy and Art and was a master student under Rebecca Horn.

How does the term «instruction for action» relate to Gertrud Grunow’s lessons, and what inspiration can it evoke today? The first collective dialogue introduces us to Grunow’s work and influence in Weimar.

What social dimension does formative art and design give rise to, and how is it related to the sense of the individual and the community?

Based on the temporal, spiritual and spatial dimensions of the human body, as well as on Grunow’s female contemporaries, this event asks: What experiences and resulting notions of color, sound and movement could have inspired the works of these historical artists of the avant-garde?

In collaboration with Kunstfest Weimar as part of the project ‚Heat Cold Devices. Bauhaus – Attempting Balance‘ curated by Janek Müller and Niklas Hoffmann-Waldeck and funded by ‚Kulturstiftung des Bundes‘.