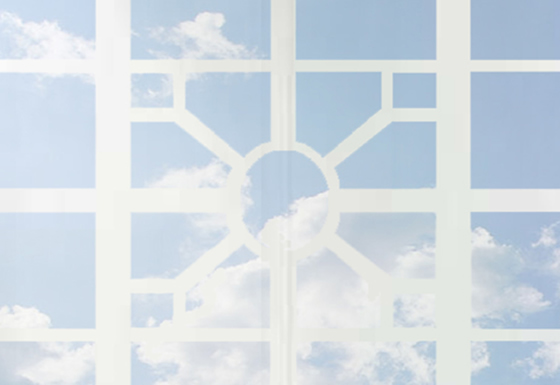 “Nobody looks at the moon in the afternoon, and this is the moment when it would most require our attention, since its existence is still in doubt…”
— Italo Calvino, Mr. Palomar, 1985

Jenny Brockmann’s recent work takes up daily phenomena and cycles that are invisible yet in flux. Air, a site-responsive project exhibited in the gallery and mezzanine of the German Consulate in New York, brings together two installations and a series of drawings. In Window, 2014, projected window beams create an ever-shifting light synchronized with the hours of daylight in Berlin, echoing a location offsite. Stone, 2014, also alludes to Berlin, as a configuration of stones shifts in relation to the current temperature there, reflecting distant weather conditions in real time. Like the displacement of time (daylight) and representation of remote temperatures, Brockmann’s choice to work with stone quarried from Germany and transpose it to this other context expands the frame of references she is working with; from New York today to another moment in time, as most of the stone used for building in Berlin now originates from other countries. A series of stippled drawings—Clouds, 2014—further troubles the notion of site-specificity. The drawings are records of observation and memory, drawn in Brockmann’s Berlin studio and at ISCP in New York. 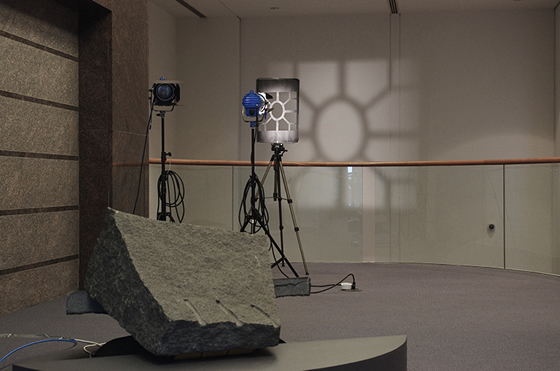 Curated by Clara Halpern. Ms. Halpern is a curator and writer based in New York.

The exhibition is supported by the Berlin Senate Cultural Affairs Department.