Chronicle of a Place 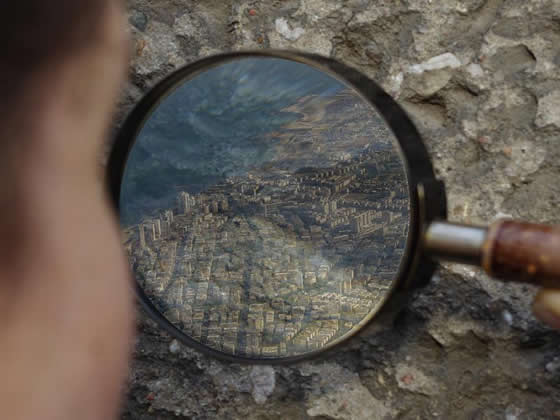 Berlin-based artist Jenny Brockmann will arrive in Tel Aviv in January for a month-long stay as a guest of ArtPort, a center for young art that promotes art in public spaces.

Tel Aviv-Jaffa is the third location in the framework of a research-based, time- and site-specific performance Brockmann has been engaged with over the last year, preceded by two autonomous projects in Istanbul and New York. Naturally, each location summons a different narrative driven first and foremost by the corresponding concepts of time and place.

Brockmann sets off from an anthropological passion and curiosity that seeks to look, blend into, discover, and eventually translate her unmediated experience into texts, images, and drawings. To that end, Brockmann immerses herself in the new place, and using a system of activities that take place in public space and delimited by time, she carefully unearths a poetic archeology. Research of this kind, which assimilates itself in the public space, is perceived as a surgical action that endeavors to decode the place’s DNA. The action is accompanied by documentation/drawing that is transmitted in the first person and in real-time, and offers an external perspective that manifests in an objective and reflective reaction. The multitude of emotional and visual reactions is accumulated into a „pile“ of raw materials and fragmentary documentation of the place. Their exhibition en masse at the end of the research may bring about a reformulation of the narrative that shapes the identity of a place.

In order to define the boundaries of her action in the public space, Brockmann delineates on a topographic map of Jaffa a real-fictitious route in the shape of a Fibonacci spiral. This is one of the most perfect and aesthetic shapes in nature, which can be found in shells and conches, pinecones, and sunflowers. 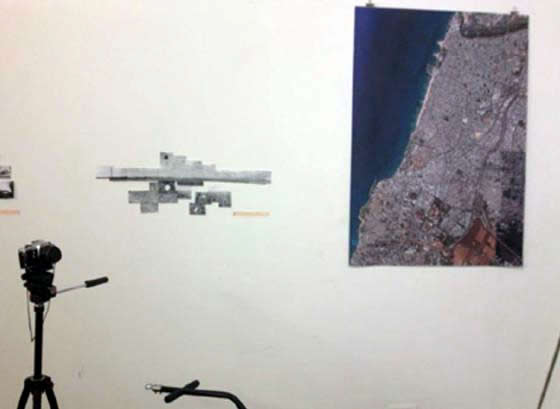 The route begins in the studio, where the artist is staying in Jaffa (on Ben Zvi Road). From there, the 11 km-long spiral line meanders through the streets of Jaffa, crossing the old city and its surrounding neighborhoods. The Fibonacci spiral plays a key part in understanding Brockmann’s action, not only in its aesthetic sense, but also conceptually – the marking of the spiral line demarcates a range, a „place“ that has a starting point and endpoint, departure and return. The focus on a designated zone allows her to formulate the meaning of the term „place“ as a human, social, cultural, anthropological, and philosophical phenomenon.

At the heart of the anthropological experiment is a consciousness that observes and absorbs the everyday existence – both concrete and abstract – of the place and in response pours out impressions and experiences. Input and output. In and out. Faces, voices, language, and memories are etched in the place, as well as faith, emotions, light, color, smells, temperature, architecture, and geography. The performance in the public space follows a structured methodology and pattern of activities, some of which are predetermined, others that are coincidental and unpredictable.

Nine locations were marked in advance along the spiral route. In each the artist will stay for 3 hours, during which time she will keep a journal, read, draw, talk to passersby, and gather findings, evidence, and different indices that represent the nature of the place. Brockmann walks from one point to another like the portable laboratory of a scientific-cultural-sociological experiment. In order to achieve accurate findings, she is assisted by analogue and digital tools that measure objective environmental data, such as a distance-measuring devices, test tubes, a portable weather station, and a camera. The data she collects is translated into cursory real-time drawings, maps, photographs, videos, and more. The devices represent the analytic and concrete information of the experiment, whereas the drawings, photographs, body gestures, and other activities that transpire as a result of a random encounter with the place represent a subjective, emotional, and intuitive experience.

In 1991 the magazine Alpayim published an essay by anthropologist and poet Zali Gurevitch and sociology and anthropology professor Gideon Aran entitled About the Place – Israeli Anthropology. The two maintained that a Jewish cultural system has an inherent ambivalence towards “place.” On the one hand, yearning for the Place, the impetus to arrive there and become a part of it. On the other hand, the realization that the aspiration leads to a state of discontent, which brings about a yearning to leave the Place. This contradictory yearning creates a circular, never-ending system.

The „spiral“ idea that drives Brockmann to act within the boundaries she had set herself, inside and out, in a sort of internal conflict between the subjective and the objective, is interesting. As someone who seeks to examine details in the history and culture of a place through a performative, conceptual, and laboratory-esque action, Brockmann attempts to give an expression to the silenced, the repressed, to touch the primal rather than what has undergone modern processing. She provides a presence to what is there and what is absent with her drawing and data gathering, and perhaps in this way reflects on and undermines the distinction between old and new, between past and present.

It is also interesting to look at Brockmann as a visitor for a moment, who herself experiences the cycle of arriving-departing-yearning, so characteristic of the immigrant Jew.

The project is supported by Goethe Institute Tel Aviv