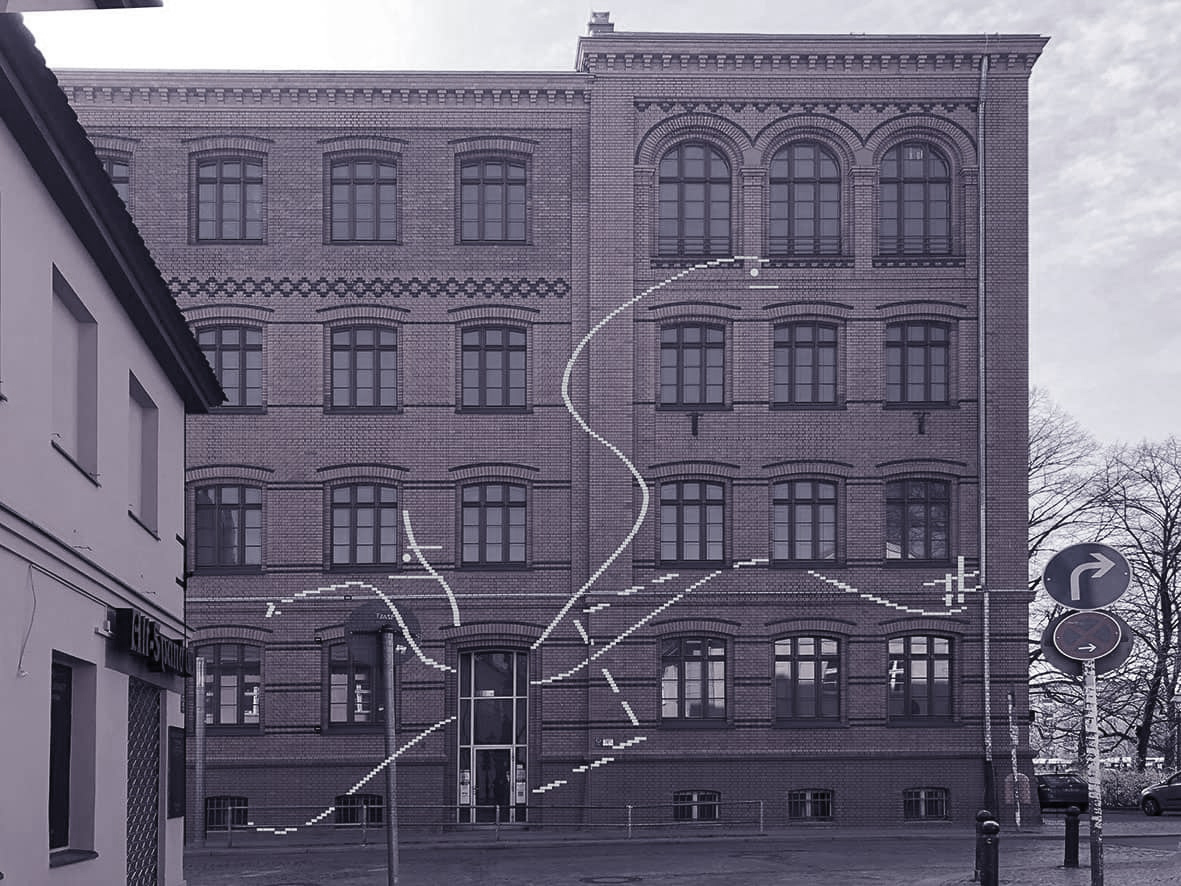 In the past few years only very few art-in-building projects have been implemented in the district Berlin-Spandau. In the future, the legal mandate is to implement art-in-building projects for all public building measures. To this end, the City Council for Culture has appointed a consultant for art in buildings, who, in cooperation with the relevant specialist offices, will give the subject of art in buildings a new position in the overall district context.Art in architecture has a long tradition in Berlin: As an artistic task with a direct public reference, it is an important part of the public client’s tasks. Art in architecture deals with place and space, content and function of the building task. It can underline a building or react to it, promote acceptance and identification, create a public profile and give locations an additional profile.

Art in architecture is a joint task of different departments in the district. Under the leadership of the Department of Culture, together with the Department of Building and the individual departments of the future users, art projects are being implemented. An art commission advises the district on a wide variety of issues and currently consists of 7 members. In addition to the head of the cultural department, Dr. Ralf F. Hartmann, artists who work and / or live in the district, a specialist in art and a gallery owner and an architect. The art commission in the Berlin-Spandau district will be re-initiated in 2020 and appointed by city councilor Gerhard Hanke. She advises on questions relating to art in building projects, art in public spaces and questions relating to the preservation and preservation of existing cultural assets. The commission members are appointed by the city council for an initial two years and meet at least three times a year.

The Art Commission has an advisory role and decides on the selection of artists to be invited and the composition of juries and selection committees in competitions for art in architecture projects. As a first step, the procedures for two art in building competitions in the district are established. Once a new building for the sports and youth club “SJC Wildwuchs” in Wilhelmstadt as well as the renovation and conversion of the music school in the old town. For both construction projects, artists are selected who can implement exciting art projects.