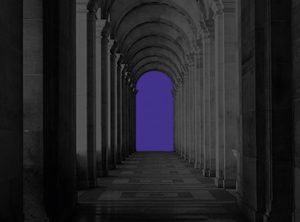 The philosopher’s stone is one of the most sought-after treasures in the world of alchemy. Over hundreds of years, alchemists from the Arabic countries through to East Asia and Europe have tried to create the magical mixture said to prolong life and transform impure material into pure. Around 1660, the Danish alchemist Valdemar Daa – while depleting his family fortune in its pursuit – was convinced that he found the philosopher’s stone. Shortly after, so the story goes, the glass containing the precious liquid ruptured and smashed. He was never able to prove his discovery. Starting from this specific moment set in the late 1600s, Corridor III invites visitors to enter into a mindset where different kinds of mystical knowledge and beliefs pervaded over today’s version of science. They will be taken on a journey through the mysteries of alchemy, the human faith in the potential for natural materials to hold treasures of incredible power, and one person’s obsessive search for the seemingly impossible.

CONTEXT / CYCLE IV
Cycle IV by the curatorial collective insitu is an ambitious three exhibition cycle dealing with the potential of time travel. Described as Corridors each exhibition takes visitors on an unfolding narrative that provides a special exhibition-viewing experience. Each show will begin with a significant moment related to scientific discoveries or notorious events in history. These three chosen moments will each investigate the relationships between human and nonhuman worlds and connect to the idea of humans as ‘forces of nature’ – from strategies to restore inflicted damage to ecosystems, to attempts to capture and comprehend the mysterious and the magical of the earth.
Viewers will travel through key elements of the event and explore the bigger questions that arise from it. Further, they will also be drawn into the sensations and emotions of an experience: momentarily stepping into the shoes of those who pioneered a situation. 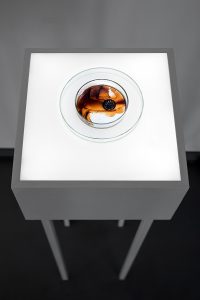