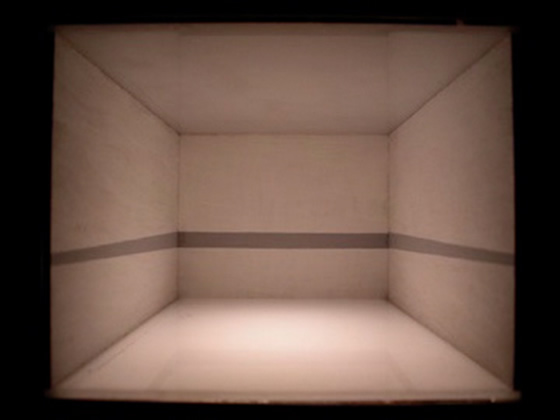 The enquiring intellectual enthusiasm with which Jenny Brockmann develops her works, as both an autonomous object and an example (in the sense of a discursive structure), is unusual in the context of contemporary art. Since the motivation of artists like Joseph Beuys has faded away, there is less and less to “learn” in exhibitions by young artists. People with artistic and political interests hardly interact any more, although they regularly promise each other that they will try and find common themes. In this sense, Jenny Brockmann is an artist who builds bridges and expands philosophical discourses. The refreshing aspect of the debates she sets in motion is related to how the autonomous qualities of the art object intersect with audience participation, i.e. how the work is received, created or completed.

Jenny Brockmann dispenses with all cheap showmanship, and thus seems closer to a German than American tradition, and she sets particular store by making each artwork a means of communication in order to manufacture social relations. I would say that Brockmann interprets and produces art with a sense of reality, and a belief in its sense of possibilities. She is a sculptor in both the classical and the Beuysian sense. This means that her art is ultimately human action, even when it coalesces into objects. And it has retroactive effects on people’s actions. She uses experiential spaces, explanatory models and experimental arrangements to show how this interplay works. For over ten years, she has been experimenting with habitual, ethical and existential territories of body and space, going as far as the performative exploration of urban space [1]. She contemplates the essence of space, reflects on being and emptiness, and on interfaces and nothingness.

Brockmann has often animated her sculptures mechanically, within the conceptual framework of organicistic fantasies, to give them a pseudo-organic character; at other times she has transposed human and organic elements onto spatial contexts to proclaim the oneness of the universe. In this way, art is able to feel its way towards realities to which enlightened common sense, by its very nature, remains blind.

Christoph Tannert (born in 1955 in Leipzig) is author and curator based in Berlin. He is the director and project coordinator of Künstlerhaus Bethanien, Berlin.

[1] In the projects “Chronicle of a place” (2014, Tel Aviv), “East River Expedition” (2013, New York) and “Istanbul” (2013). These are conceived as snapshots of the self, are the experience and the reflection of a subjective experiential space, and disrupt the tourist’s gaze.